Droughts And Floods: California’s Extremes Are Getting Worse 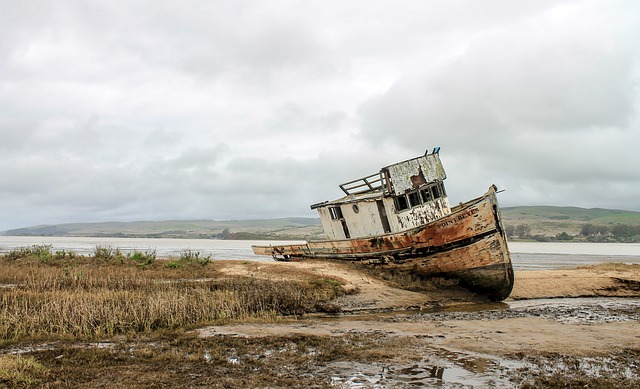 “Precipitation whiplash” is the term used to describe a region that whipsaws back and forth between bone-parching periods of drought and catastrophic wet periods with flooding. As you can imagine, these conditions are highly problematic… and California is about to find out first-hand just how bad it can get.

Precipitation Whiplash: A Recipe For Distaster

It seemed like for a while there, all anyone was talking about in regards to California’s climate was the parching dryness of prolonged drought, a situation that threatened catastrophic and long-lasting consequence across the Golden State. The next thing you know, our state gets battered by storms, triggering mudslides and flooding — particularly damaging areas that were impacted by wildfires, which were so damaging precisely because of the prior dry conditions. This vicious cycle might seem unique to our times… but it’s really not. In fact, all the data we have on California weather and precipitation over the past 200+ years shows exactly the opposite: precipitation whiplash has always existed.

Specifically, “precipitation whiplash” is a real term used to describe this insane see-sawing between bone-dry conditions and flooding. Climate scientists are quick to note that precipitation whiplash is not really all that unusual: in fact, California historically gets much of its rainfall each year in a relatively short span of a few days. However, a new study published this week in Nature reveals a trend that is actual cause for concern.

The study projects a whopping 100% increase of the severity of this precipitation whiplash in California over the next 70 years. As it is, our infrastructure and response abilities are strained by the unique challenges caused by repeated cycles of flooding and drought. But if these events were increased by 100%? That might approach serious disaster levels that would have far-reaching and devastating effects for Californians across the state.

Believe it or not, there are people who have to deal with the very real practical challenges of managing California’s water supply, as well as its ability to respond to extreme precipitation events (in terms of both droughts and flooding, by the way). Since we can reasonably expect that California receives its annual water supply over the course of just a few days each year, it’s critical that we’re ready to respond in kind during that time.

That means that we need to have the ability to gather and store the rain that does fall, which requires an absolutely massive amount of reservoir space. Yet, we also need to be stingy and store enough water at all times to get the state through dry periods. It’s a very delicate balance that most Californians take entirely for granted. This approach takes into account a factor called “variability,” which means that water management folks need to act as de facto oddsmakers and bet on water allotments and dispersals based on these fluctuating patterns. As you can imagine, with increased precipitation whiplash, it might become nearly impossible to achieve this balancing act gracefully without dropping a few plates, so to speak.

The solution might be a rather forward-thinking one: underground aquifers. For now, above-ground reservoir solutions have been imperfect, but good enough. As our world continues to evolve due to human action, we may need to change our approach to water maintenance as well. That can mean porous soil that allows for vast capturing of water in underground aquifers; but even this solution is largely a theory that remains to be seen whether it is feasible for our entire huge state.

In the meantime, let’s all do our best as a community to practice conscientious and environmentally friendly water conservation to help ease the burden of our state’s water gatekeepers!