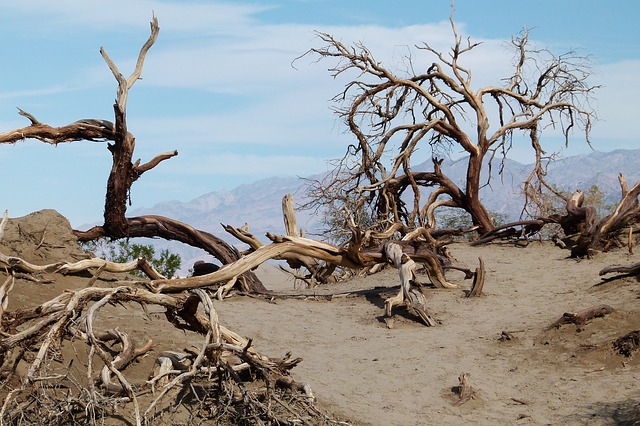 Is California still in a drought? That’s what many Californians are wondering after a winter of storms, snow and heavy rain. According to the U.S. Drought Monitor–a partnership that consolidates drought data from the National Oceanic and Atmospheric Administration, the National Drought Mitigation Center and dozens of weather agencies–no area in California is currently experiencing a drought. However, 6 percent of the state is experiencing abnormally dry conditions, particularly the far northern and southern parts. By NOAA standards, abnormal dryness means short-term dryness that’s causing mild water deficits and slowing the planting and growing of crops but that isn’t damaging or destroying crops or causing widespread shortages and restrictions.

California has a rough history of droughts, and the state’s last drought-free period ended in December 2011. As recently as late 2018, 84 percent of the Golden State was experiencing some level of drought. Until 2017, when Gov. Jerry Brown passed an executive order to lift the emergency drought declaration in California, the state had experienced frequent drought emergencies that led to water restrictions of 25 percent in some areas and regular campaigns to refrain from washing cars. Signs of the drought’s end abound. The water level in Shasta Lake, for example, is more than twice as high as its historic average. Water year numbers in Sacramento, Redding and the northern Sierras are all well above average, according to the National Weather Service in Sacramento.

Much of the rise in water levels owes to a series of storms in February that filled reservoirs and rivers. Nearly 18 inches of rain fell in downtown Los Angeles between October and March. In addition, California’s largest reservoir rose 39 feet in February, and about 550 billion gallons of water accumulated in the state’s water reserves in January. The Sierra Nevada snowpack, an important water source for the state, even doubled in February, giving the Department of Water Resources a major reason for optimism.

According to the Department of Water Resources, drought monitors look at three main conditions to gauge whether a drought is occurring: snowpack levels, reservoir levels and precipitation. All three conditions are above average, as of April 2019. For example, the Folsom Lake and Don Pedro reservoirs are both above average. The winter beginning in December and ending in February was the wettest on record in the U.S., over 2 inches above the national average, and it ended a drought of 376 consecutive weeks in California. In addition to the heavy rainfall, cold weather helped to ease the drought by trapping water in snow and ice and preventing it from melting.

In spring 2018, almost 90 percent of California was suffering from drought, and patches of the country were afflicted with extreme drought, leading to crop failures. For this reason, the California government has cautioned citizens not to be complacent about water. Drought conditions can return at any time. For now, though, Californians can enjoy the abundance of poppies in Lake Elsinore as a result of the drought’s end. A wealth of wildflowers has also bloomed in Anza-Borrego Desert State Park and may stick around through April due to continuing wet weather. Water has also appeared in the Yolo Bypass, and snow is visible in the mountains from just about everywhere in the state. According to the U.S. Drought Monitor, the Salton Sea has even returned to normal conditions. For now, Californians can rest easy knowing the Golden State is no longer in a drought.