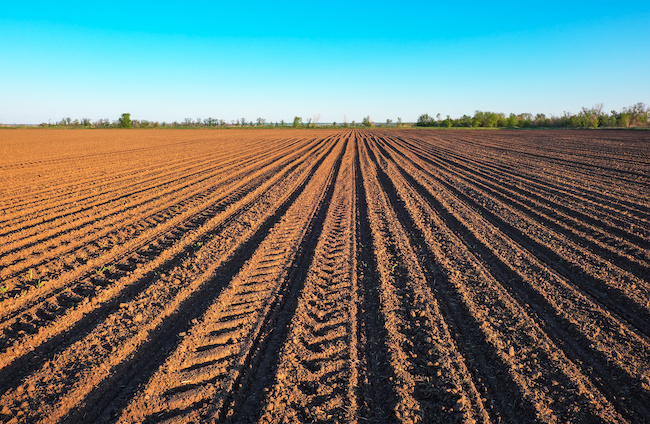 Ever since the first farmers settled and began to cultivate fields of crops to feed themselves and their neighbors, they have been pressed to produce higher yield and better quality harvests. Early on, farmers developed the first fertilizers, and noted that by incorporating manure, bone meal, and other plant and animal products back into their soil, their crop yields would be larger and more nourishing. While they did not know it thousands of years ago, these early farmers had stumbled on sources of phosphorous, potassium, and nitrogen, all of which are critical for successful crop growth. However, the early farmers were almost too successful, and by the 19th century the increasing demands for more and more nutritious food began to outstrip farming techniques and critically, the naturally derived fertilizers driving crop yields.

A New Source of Nutrients

At the time, it was recognized that scientists and farmers would have to work in concert to develop a new source of nutrients to restore soil depleted by years of crops and sustained natural fertilizer use. The Haber process to sequester nitrogen from the atmosphere was a significant breakthrough, facilitating the development of synthetic fertilizers at the dawn of the 20th century. Despite the promise of synthetic fertilizers, and their undeniable success at increasing food production worldwide, the overwhelming use of nitrogen based fertilizers is having unintended environmental consequences. First and foremost is the increased released of nitrogen and phosphorous into the environment.

Farm water runoff containing high concentrations of nitrogen rich synthetic fertilizers is directly responsible for massive algae blooms, and these are responsible for poor water quality, toxins in municipal water supplies, and massive fish die offs. Nitrogen release into the atmosphere is often overlooked by individuals mentioning the negative impact of current fertilizers, and it can trigger the formation of ammonia and ozone, leading to toxic, smog like effects. Currently, much less is known about the long term effects of nitrogen release into the atmosphere from fertilizers beyond the immediate toxic outcomes mentioned.

The consistent demand for increased crop yields amidst a growing population necessitates a solution to the problem of nitrogen pollution. Cutting edge strategies are currently focused on re-sequestration of nitrogen by genetically modified microbes and by reducing our general dependency on nitrogen based fertilizers.The promise of harnessing nitrogen sequestering microbes has even attracted the attention of Big Agriculture. Several companies, such as Ginkgo and Bayer, are currently working on designing microbes that are compatible with industrial farms, have long term stability for their customers, and are compatible with all of the currently used pesticides. The hope is that by selecting the raw microbes from nature and selectively modifying it, the resulting product will be better than nature’s. The microbe strategy is primarily focused on removing nitrogen from water supplies and does little to remove nitrogen introduced to the atmosphere from fertilizer use.

In the end, the extensive use of nitrogen enriched fertilizers is causing a variety of negative environmental impacts, and solutions to mitigate them need to be found. Currently, efforts are centered on minimizing the use of such fertilizers and re-sequestering the nitrogen using the aid of genetically engineered microbes. However, food demand continues to necessitate the use of these fertilizers, but as food demands increase and fertilizer use increases, the environmental impacts will eventually begin to negatively impact production and quality. Ultimately, until another scientific breakthrough similar to the Haber process is made, the key to minimizing nitrogens harmful environmental effects and maximizing crop production will be centered on the responsible and judicious use of nitrogen enriched fertilizers.

Related posts
Do ADU / Garage Conversions Need A Geotechnical Soil Report?
February 8, 2022
What Is Engineering Geology & Why Is It Important?
May 25, 2021
Hollywood Quake Fault Line Brings Up Echoes of Sylmar in 1971
August 30, 2020
What Is A Methane Mitigation Barrier Installation?
March 16, 2020
Alabama Hills: A California Geological Treasure
January 15, 2020
How Do Wildfires Affect Soil?
November 12, 2019
Recent Posts
Blog Categories
Our Services